VR & AR in the Healthcare Domain: A Timeline 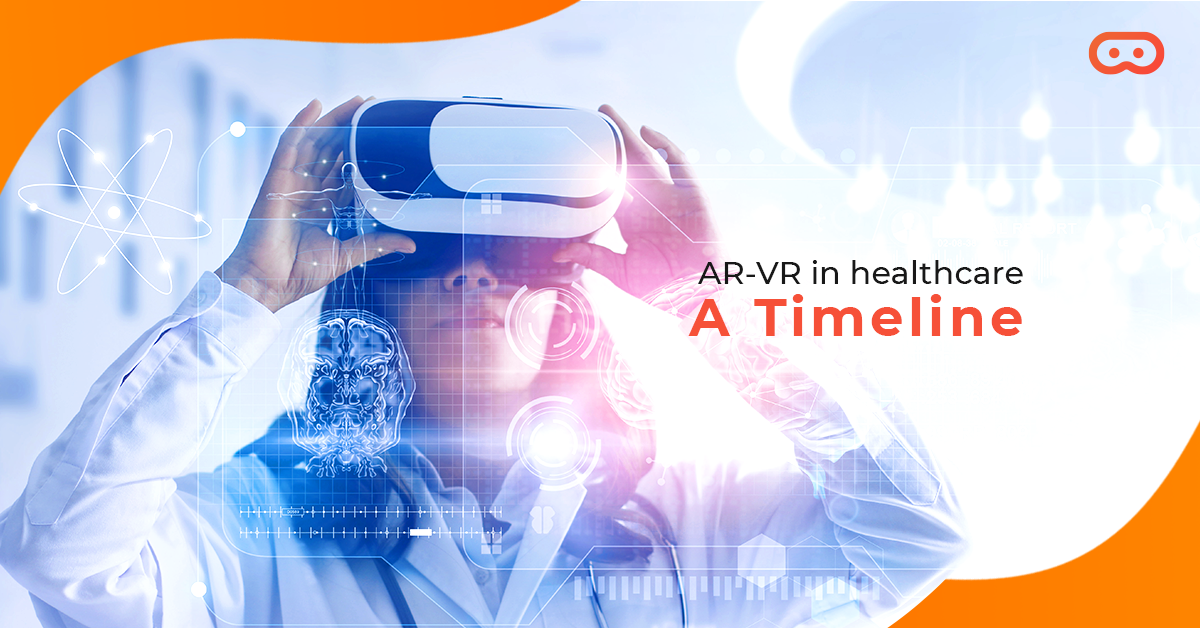 A simulated environment made possible by computer technology is known as virtual reality. Virtual reality can be experienced by wearing a wide field of vision headset. To build immersive experiences, designers, visual and sound artists, engineers, and programmers combine their expertise and abilities, making people assume they have been to a different planet.

In addition to virtual reality, augmented reality has made significant strides for quite some time. Typically, it extends the real environment with 3D or 2D virtual objects, buttons, and sounds. When working with visual objects, tables, floors, and other real plane surfaces are often needed.

Augmented and virtual reality in healthcare

Wearable devices are becoming increasingly popular in emerging economies as AR and VR technologies advance due to lowering hardware and device delivery costs, more educational content, and a rise in health-related applications. As the healthcare infrastructures and availability of technology improve, markets like the Asia Pacific (excluding Japan and China), Central and Eastern Europe, Latin America, the Middle East, and Africa are starting to leverage more and more wearables.

This article will highlight some of the significant milestones of AR/VR in the healthcare sector. Read on.

History of AR-VR in healthcare

1929: Ed Links created a flight simulator named 'Link Trainer,' which allows pilots to train and have an accurate representation of controlling a real plane.

1939: 'View-Master' was created by William Gruber. Its simple stereoscopic viewer allowed one to look at two identical pictures cross-eyed to see a unified 3D image.

1956: This is one of the years that paved the way for AR-VR technology in the modern age. Sensorama, considered one of the earliest immersive VR systems, was invented by Morton Heilig.

1968: The first VR head-mounted display, The Sword of Damocles, was invented by Ivan Sutherland.

1987: The name Virtual Reality is officially formed, thanks to Jaron Lanier. His company first started selling VR products in the market.

1994: Sega's VR-1 motion simulator was first made available in its SegaWorld arcades.

1999: NASA uses AR to navigate its N-38 spacecraft, which was equipped with an AR-powered dashboard for navigation.

In the same year, Sony released PlayStation Eye to enhance the gamers' experience.

2014: Oculus was acquired by Facebook for a whopping $2bn.

The PS4 VR headset Project Morpheus was launched by Sony the same year.

2015: Some major milestones in the AR-VR technology were accomplished this year. To start with, a patent for a head-mounted display apparatus was granted to Apple.

Google introduced Cardboard, which uses a head mount to turn a smartphone into a VR device.

Samsung introduced its Gear VR headset in the market.

Mobile World Congress saw the unveiling of HTC Vibe, a headset developed by HTC and Valve.

2017: Microsoft launched Xbox one X with a VR-ready games console and headset.

2019: More than 4 million PSVR headsets were sold, according to a statement released by Sony.

2021: The Asia-Pacific (including Japan and China) market for AR and VR headsets expanded by 60.8% year over year in 2021 as shipments reached 2.19 million units, a recent report from Internation Data Corporation confirmed.

2023: A growing number of VR games will be cloud-based and supported by 5G networks.

2030: GlobalData predicts that the markets for VR and AR will each be worth $28 billion and $76 billion, respectively.

For any information on Virtual Reality/Augmented Reality applications, book a demo with us.